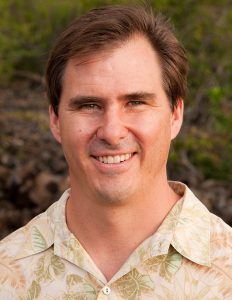 Jon Wallenstrom is a principal with Alaka‘i Development (AD) and is working to create a smarter future for Hawaii through innovative development.  Jon has developed over 14 million square feet over the course of his career in Hawaii and on the mainland.  AD is developing multifamily and hospitality projects in Hawaii.

Prior to forming AD, Jon Wallenstrom was the President of Forest City Hawaii and lead the company’s efforts on several fronts.  Forest City developed a 499-unit apartment project on the island of Oahu in Kapolei.  Kapolei Lofts is the first class-A apartment project built in the State and integrates a photovoltaic system that generates more than half of the energy used by residents. Alaka’i managed the sale of Kapolei Lofts to Blackstone, taking the project from inception to sale.  In addition to traditional development, Forest City placed in service six of the largest solar energy projects in the State.  Jon also served as managing member and Chief Operating Officer for Forest City’s Hawaii-based partnership with the Department of the Navy. The $2B development was conducted on a portfolio of 6700 homes with the majority being demolished and replaced. In addition to the new construction, hundreds of millions of dollars were spent on historic renovations, energy efficiency, and other improvements. 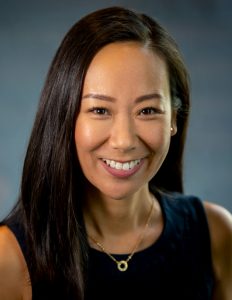 Cayenne Pe‘a is a principal and co-founder at Alaka‘i Development, a residential development firm whose mission is to meet the need of Hawaii’s housing shortage by developing quality rental residences. Since 2015, the principals of Alaka’i Development have delivered 817 units of rental housing on the island of Oahu. Most recently developed in partnership with a Fortune 250 company is The Element, a 318-unit rental community in West Oahu.

Prior to Alaka‘i Development, Cayenne worked as Director of Finance for Forest City Hawaii where she lead a team that managed a $2B balance sheet including a portfolio of 6,700 military homes, development of 499-unit class-A apartment community Kapolei Lofts, rezoning of a 271-acre master-planned community, and the financing of six utility-scale solar installations, which included partnerships with both the Department of the Navy and State of Hawaii. The principals of Alaka’i Development managed the lease up of Kapolei Lofts and subsequent sale to Blackstone.

Cayenne holds a Bachelor of Science degree in Accounting from Loyola Marymount University and was honored as a member of Pacific Business News’ 2018 Class of 40 under 40 and Hawaii Business Magazine’s 20 for the Next 20 in 2020. She is a member of the YWCA Oahu Board of Directors, Make-A-Wish Hawaii Board of Directors, Island Pacific Academy Board of Trustees, Beyond the Book Club, the Urban Land Institute Sustainable Development Product Council, and Pacific Century Fellows Class of 2020.